When we don’t see thing and people for a while, the reaction we will show when we see them again is really priceless. Actually, its like we can’t stop ourselves from reacting that way, probably, we missed them so much, right? And since it was done that way, some people actually finds it funny. Have you been through that?

Like this video. It is about a fox named Chuckle who is obviously very excited to greet his owner after a while. As said on the video, she is not just doing it for her owner. Instead, she does this every time that people come to see and greet him especially in the morning. Watch how he did it on the video below.

Well actually, as based on the video, this fox has some neurological problems but its not clearly stated on what specific problem it is. And she is a permanent resident at Treehouse Wildlife Center in Brighton, IL. So was it for you? Hope this one had made your day. Enjoy watching.

Thank you so much for dropping by and reading this blog post. For more amusing stories, don’t hesitate to visit our website more often. 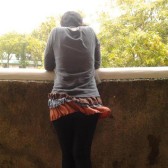