Since the release of the mobile game Pokemon Go, millions of people now have scattered across the planet in search of the best, cutest, and the rarest Pokemon they could catch.

The augmented reality feature of the game uses the smartphone’s camera and GPS to make it look as if the Pokemon really exist in the real world.

Literally, Pokemon characters appear in almost everywhere. Even in your toilet.

Take a look at some of these best photos of Pokemon Go compiled. 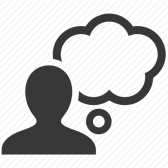