Painting is one of the simple art a person can do. All you need to have is the canvas, a paint brush and a paint. In creating a painting most of us strive to have the most beautiful image. For some having a beautiful painting will have to cost a lot. Usually painting materials will just take hundreds or thousands of cost. But right after the painting is done, would you believe that some would sell it for millions?

Who the hell is going to buy the painting if the cost is too much? How come the value is so expensive? That what most people would say. Do you have any idea about the most expensive paintings in the world?

Here are the six most expensive paintings in the world.

The painting is one of the six paintings of an expressionist painter Willem de Kooning. It cost $137,500,000.

The figure of female was painted in graffiti like style with large and vacuous eyes, big breasts, toothily smiles and claw like hands. The painting is measuring 68 by 48 ½ inches.

The painting was made by Gustav Klimt. Costing $135,000,000. The second of the two paintings, Klimt created. The painting was stolen by the Nazis in World War 2 and is currently owned by Ronald Lauder for his Neue Gallery in New York City.

The art was painted in 1905 when Picasso was 24 years old. The painting is made of oil canvas. The Parisian boy holding a pipe in his left hand and wearing a garland.The price is $104,168,000.

The painting is costing $140,000,000. This is considered as the most expensive painting in the world. The painting was made on an 8’x4’ sheet of fiberboard. A thick amount of brown and yellow paint drizzled on it created a nest like image.

A painting done by Pablo Picasso.This painting depicts a painter’s lover named Dora Maar with cat on her shoulder while sitting on the chair. The painting’s price is $95,216,000. 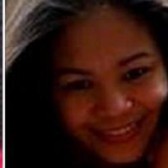